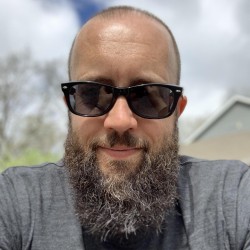 Indiana
When not playing basketball, I am a programmer/owner at Box Out Sports and Fewer & Faster.
Twitter
Feb
19

Ruby: How to Run a Rack app in a Background Thread

Founders Talk: The acquisition of a lifetime

Feature Flags: Not Just for Big Teams or Big Features

Ruby Rogues: How to Reduce Friction at the Authorization Layer

How to build an app, get acquired by GitHub, buy an app back from GitHub and then sell it again

Rails: How to Send and Receive Webhooks

Rails: How to Reduce Friction at the Authorization Layer